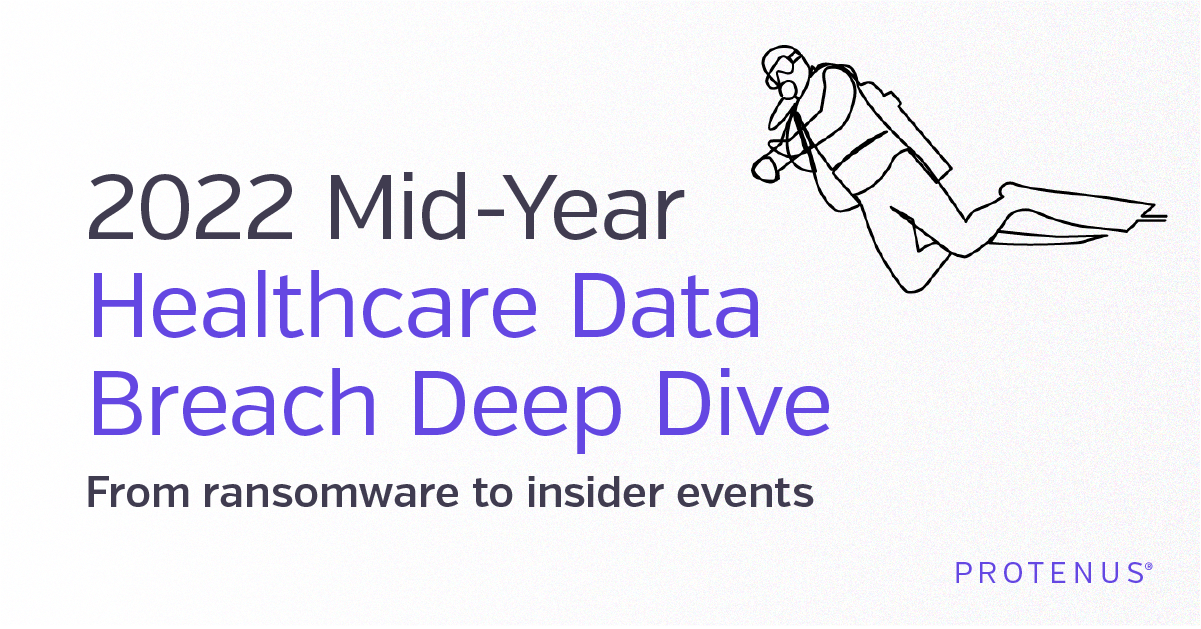 As we're now midway through 2022, we thought we’d take a half-time pause to compare some data breach statistics in the healthcare space for the first half of 2022 to the first half of 2021. We'll also provide insight on how to proactively take a stand to better protect your patients and organization.

In this post, we’ll use the United States Department of Health and Human Services (HHS) public breach tool as well as data compiled by DataBreaches.net (“DataBreaches”) for Protenus.

Data was reportedly located on the network server in 203 instances. Entities reported that data were in email accounts in another 99 incidents, in EMR in 20 instances, and in paper/film in 24 instances.

The numbers appear somewhat lower in 2022 so far, and proportionately so. But in addition to comparing HHS’s data for both years, we can also compare HHS’s data for the first half of 2022 to data compiled by DataBreaches.net. As reported in Protenus’ annual industry report, Breach Barometer, DataBreaches collects data from non-HIPAA entities as well as HIPAA-covered entities. DataBreaches also uses a different coding scheme to help differentiate employee errors from intentional employee wrongdoing and other types of unauthorized or inappropriate access.

Don’t Pop the Champagne Just Yet?

While the numbers for the first half of 2022 are lower than 2021, don’t celebrate just yet. Numbers for the first half do not yet incorporate data from certain major incidents we know about. As but one example, one incident involving a business associate that was disclosed recently impacted more than 650 covered entities. Less than a handful of those entities have filed their reports yet with HHS (or if they have, HHS has yet to post them).

As noted in our Breach Barometer report, hackers made up a large portion of methods to breach. And ransomware attacks appear to be increasing again. Researchers have noted several new—and active — groups. Some of these groups are believed to involve members or affiliates of the former Conti enterprise. In addition to the emergence of new groups, there is also a shift occurring in methods. Some of the groups continue to use the double extortion model of ransomware, but others appear to be abandoning encrypting victims’ files in favor of just exfiltrating files and then trying to extort victims. The Cybersecurity & Infrastructure Security Agency (CISA) also recently issued an advisory about North Korean state-sponsored actors using Maui ransomware to target the healthcare and public health sector.

Along with ransomware attacks, insider events pose a significant risk to data security in healthcare as employees can fall prey to phishing attacks or engage in other behaviors that increase the risk of a privacy or security breach. There are also bad actors actively seeking to actively seeking to purchase employees’ login credentials to intended victim entities.

Take a Stand, Be Proactive

[1] Numbers will not add up to 100% because we are only presenting the biggest categories.

[2] Note: There are often lags before HHS adds items to its site, so the numbers for this part of the report may increase when we get final figures for the first half of this year.

[3] While entities provide numbers to HHS with their reports, DataBreaches cannot mandate that non-HIPAA entities disclose the number affected when they issue press releases or substitute notices. As a result, it may not be until many months later, if at all, when DataBreaches gets numbers for some incidents. 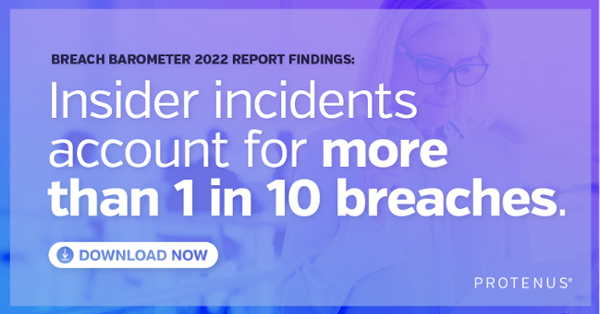