by Kira Caban, Director of Communications, Protenus on February 28, 2018

The health data breach landscape remained tumultuous in January, with almost an equal number of hacking and insider-related incidents. Of note, hacking incidents affected significantly more patient records, due largely to one particular breach that affected 59% of the total number of breached patient records this past month. Additionally, in a recent ruling, the HHS Office for Civil Rights (OCR) levied a $3.5 million fine to a healthcare provider after five separate breach incidents at various locations. OCR found that the organization had failed to conduct a risk analysis of possible threats and vulnerabilities to patient data as well as failed to implement policy and procedures to address security incidents and govern how electronic PHI should be moved in and out of the facilities. OCR and the healthcare organization have agreed to a corrective plan to overhaul the organization’s security measures and risk management plan. This ruling highlights, once again, the necessity for healthcare organizations to educate their employees on proper protocols for handling patient data and to gain full visibility into every access into their EHR in order to mitigate and even prevent these incidents from occurring.

Almost half a million records breached in January 2018

There were a total of 37 health data breaches in the month of January, continuing the ongoing trend of at least one health data breach per day. We have numbers for 26 of those incidents, which affected 473,807 patient records. A single incident involving a healthcare provider accounted for over half of the total number of affected records for January when an unauthorized third party gained access to Medicaid patient information. An investigation did not find any evidence that the information was removed from the servers, but the records of 279,865 patients were affected by the breach (59% of all breached patient records in January).

30% of the total number of incidents this month involved hacking. We have data for six of these incidents, affecting 393,766 records. Six of these eleven incidents specifically mentioned ransomware or malware, and two incidents specifically mentioned phishing. It’s important to note that we do not have numbers for five of the hacking incidents. For example, we do not have data on one ransomware attack that affected an electronic health record (EHR) company, leaving several of its applications offline for days as it struggled to recover from the breach. 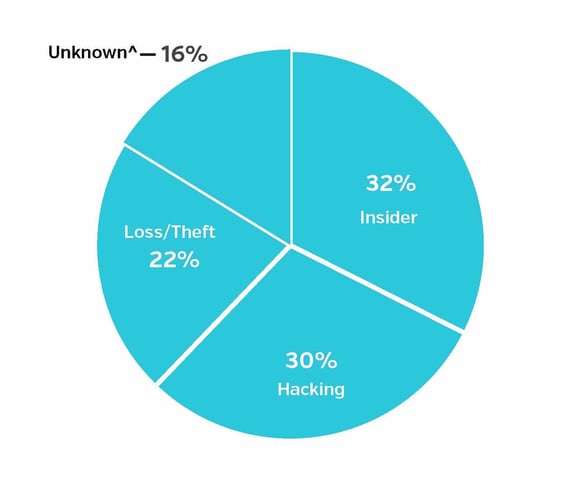 Insiders responsible for only 1% of breached patient records

One particular incident highlights the persistent danger of insider-wrongdoing and involved a nurse snooping on patient information over the course of 15 months. The nurse inappropriately accessed the records of 1,309 patients, obtaining information such as name, date of birth, gender, medical record number, diagnosis/reason for visit, and medications. In four cases, however, the perpetrator also accessed social security numbers, health insurance coverage details, and financial information. Regardless of what patient information was accessed, the fact remains that the potential for irreversible damage existed.  Again, healthcare organizations need to be able to detect when their workforce is inappropriately accessing patient information so that incidents like this one are stopped before they turn into horrible situations for both the organizations and its patients.

Six of the 37 reported incidents involved a business associate or third-party vendor. We have numbers for four of them, which affected 25,457 records. Two of these breaches were the result of a business associate being hacked, three were the result of insider-error, and the cause for the last one remains unknown. It should be noted that there could be more incidents involving third-parties, but there was not enough information to make that determination. 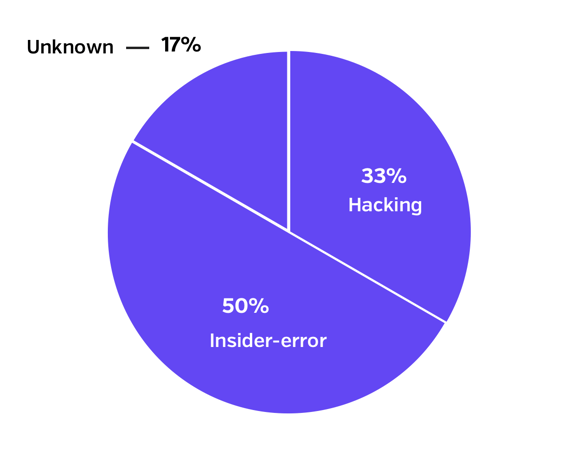 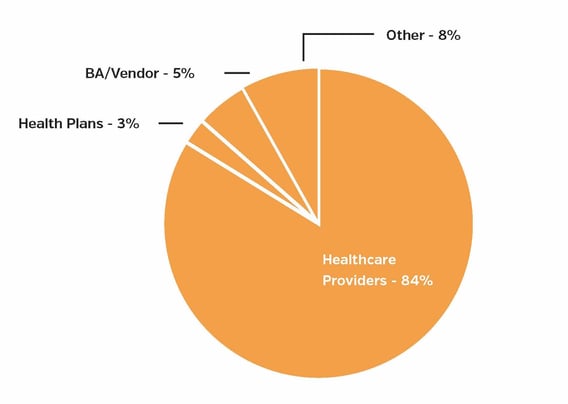 One incident took four years to be discovered

We have information regarding the detection of incidents for 11 of the health data breaches that occurred in January 2018. It took organizations an average of 252 days (median: 34 days) from when a healthcare organization was breached to when that organization discovered the breach had occurred.  It’s important to note the small sample size precludes any comparisons to previous months.

One incident in January took 1445 days (almost 4 years) from the time the breach occurred to when it was discovered. A former employee stole the information of 1021 individuals, including full names, dates of birth, medical record numbers, diagnosis codes, and clinical notes. The healthcare organization was unaware it had even been breached until it found evidence while conducting an audit in January of this year.

Information was available for 18 of the health data breaches that occurred in January. Based on this data, it took healthcare organizations an average of 96 days (median: 59 days) from when they discovered the breach to when it was disclosed to HHS, the media, or the State’s Attorney General. While this average is a bit higher than the past few months, the median holds steady, with organizations mostly reporting to HHS within the 60-day window. 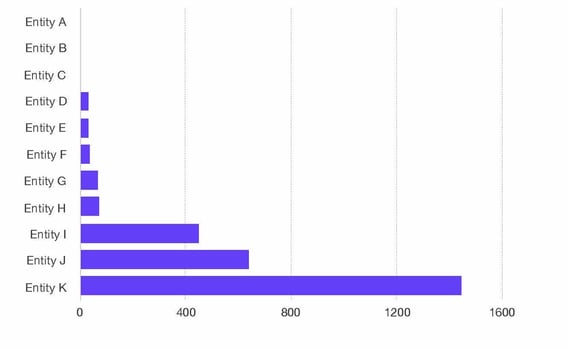 22 states are represented in the 37 health data breaches this month. California had, by far, the most data breaches of any state with 7 incidents. But it is important to note that California often has more reported breaches, and this could be due to higher reporting entity and patient volume, and/or more robust reporting. 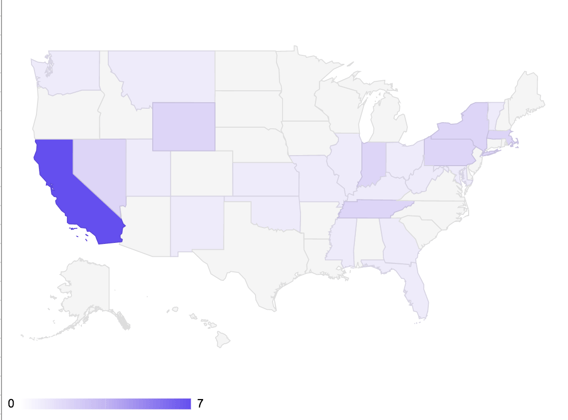 While insider-related incidents affected far fewer patient records in January than previous months, high numbers of incidents continue to rock the industry, ransomware remains a constant threat, and insider attacks can persist undetected for several years.  These continuous threats to patient privacy and the recent ruling and fine levied by OCR show that healthcare organizations can no longer afford to be negligent when it comes to patient data security.

Breaches are long, costly affairs that greatly affect an organization’s bottom line and its brand reputation, and as recent trends have showed, it’s not a matter of if – but when – your organization will experience a breach.  Healthcare organizations must take the necessary steps to switch from a reactive security posture to one that is proactive, auditing every access to the EHR and providing full visibility into how patient data is being used.  This comprehensive review is a critical step in proactively detecting and preventing data breaches, preventing the devastation that can ensue for both the healthcare organizations and the patients that trust them with their most private information.