An Alarming 57 Health Data Breaches in November - Highest in 2016

by Kira Caban, Director of Communications, Protenus on December 15, 2016

This month’s data regarding breaches of protected health information reinforces the need for health data security to be a top priority.  With an average of almost 2 breaches per day, November has seen a record number of breach incidents, the highest of any month in 2016.  What’s even more concerning is that employees (insiders) are responsible for more than half of this month’s breaches to patient data, a notable increase from past months.

Receive our Breach Barometer: Year In Review, which will provide a comprehensive look at breaches affecting healthcare throughout 2016.

While the past two months have shown a decline in total patient records breached and number of incidents reported when compared to the summer months, November has seen a sharp increase in the number of breach incidents, with 60% more breaches than in October. This month’s analysis shows 57 incidents either reported to HHS or first disclosed in media or other sources. Information was available for 49 of these incidents, totaling 458,639 records breached.  It should be noted that it is not clear if one of the entities only reported themselves to HHS or if they also reported their affiliated clinic.

The largest single incident involved 170,000 patient records as a result of a business associate’s insider error. 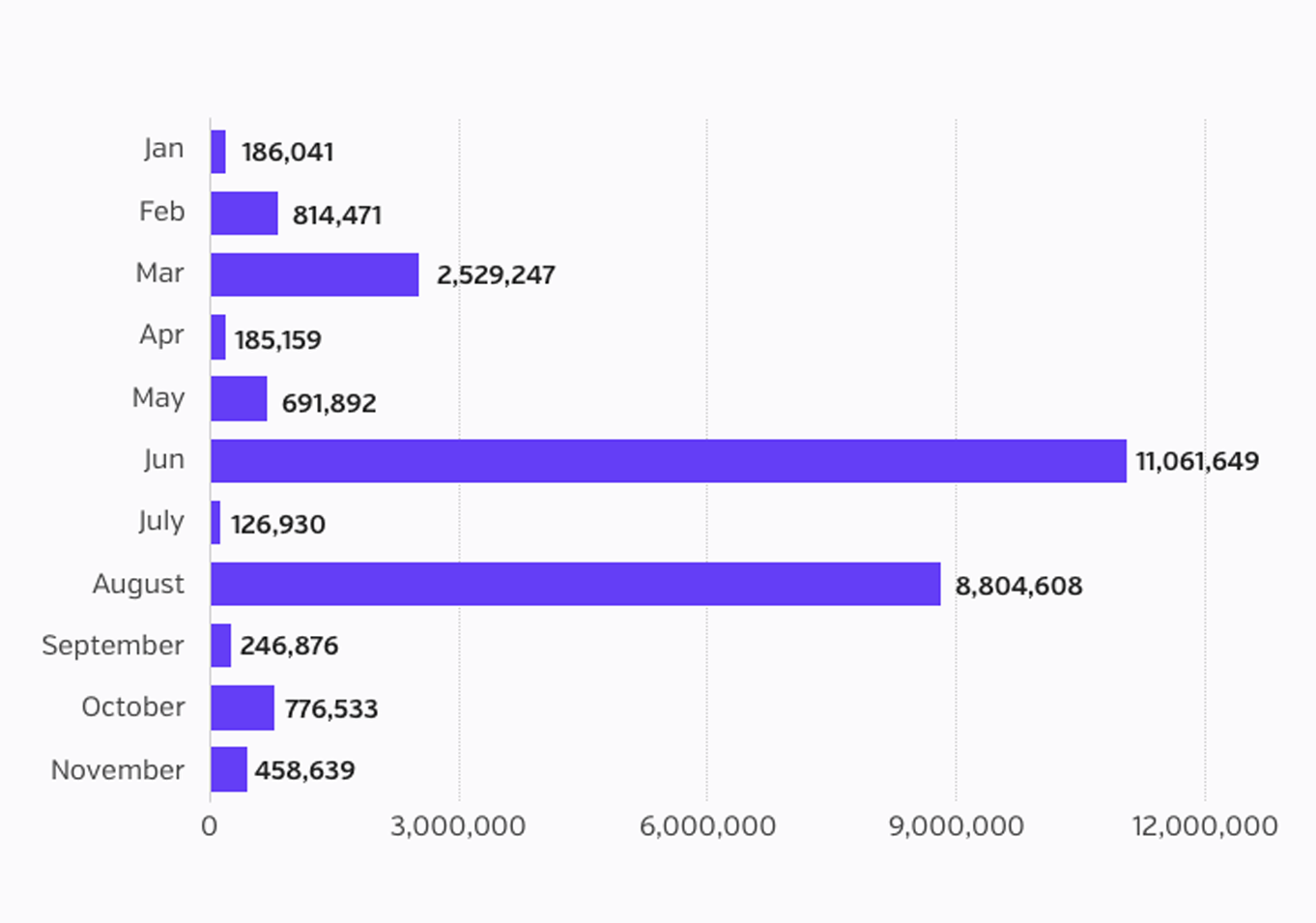 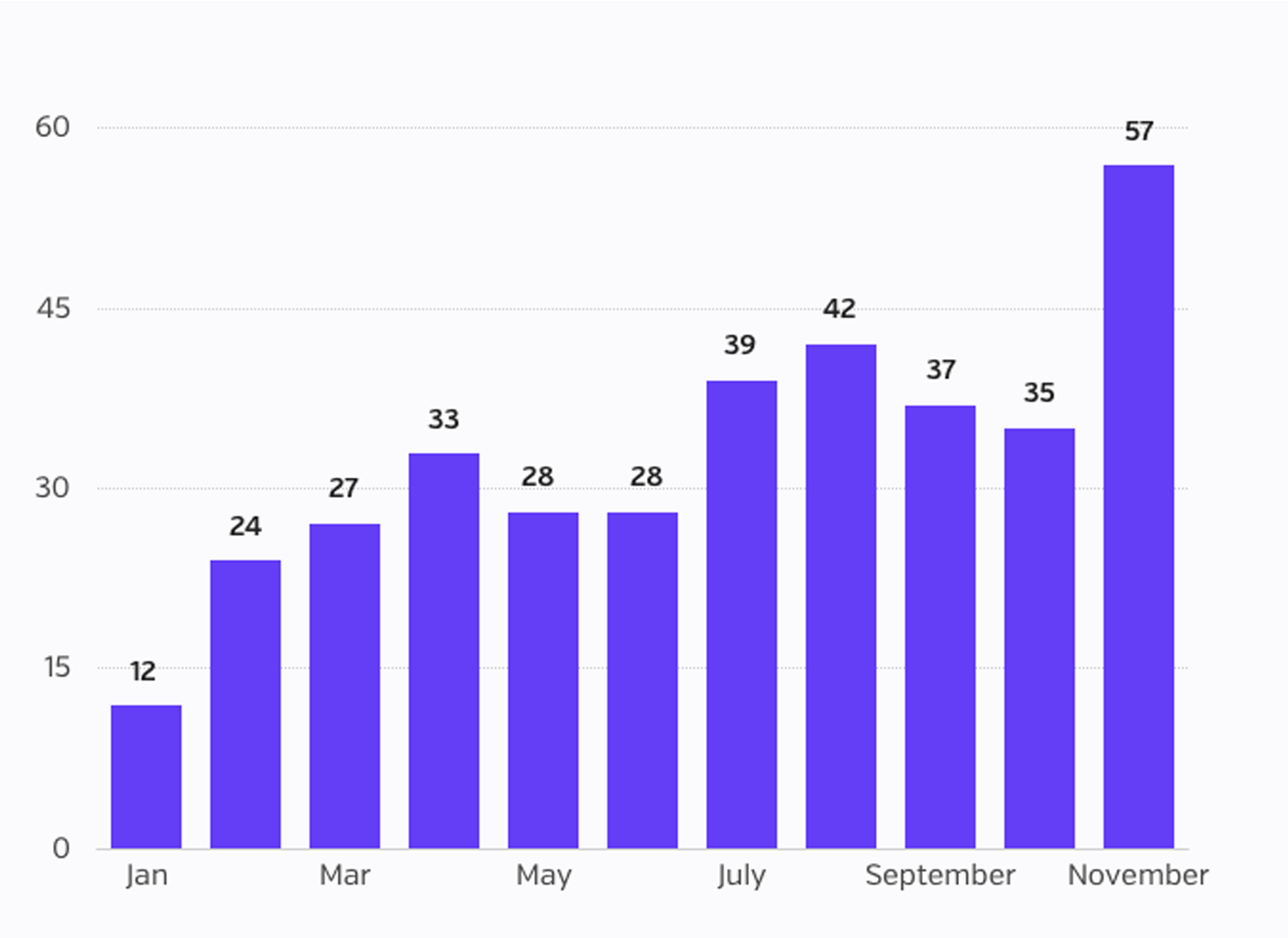 *ALSO INCLUDES RANSOMWARE AND MALWARE INCIDENTS; ^ INCLUDES INCIDENTS REPORTED IN HHS BREACH TOOL WHERE THERE WAS INSUFFICIENT INFORMATION TO CATEGORIZE THE INCIDENT

At least 25 of the 57 incidents (44%) involved business associates or third parties.  It’s also important to note that 11 different BAs or vendors were involved in these 25 breach incidents.  Three of these incidents have been previously identified in earlier Breach Barometer reports.  Ambucor is responsible for 11 of the 25 third-party incidents in November, four incidents related to EMR4ALL/RBS, and one related to the Marin Medical Practice Concepts breach.

Although we only have numbers for 20 of the 25 third-party incidents, those 20 account for 55% of the breached records for November (252,619 patient records).

It is worth noting that paper records were involved in two incidents. There may be more, but some reports were lacking detail that would have enabled that determination. 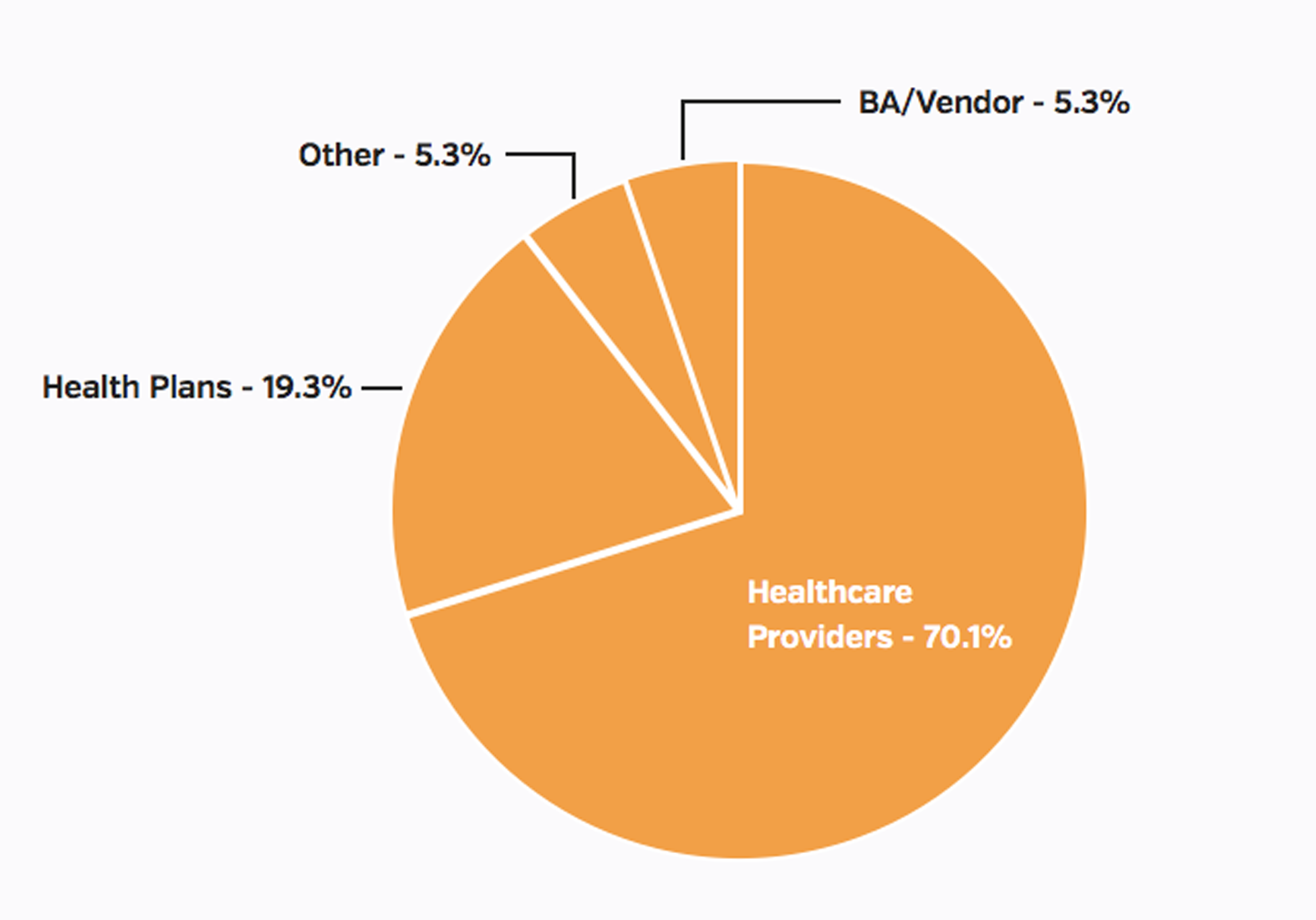 Of the incidents reported in November for which we have data, it took an average of 135 days from the time the breach occurred to when HHS is notified. This is significantly longer than the average number days it took from breach to reporting for incidents in October. It’s important to note that HHS requires entities to report their breach within 60 days of discovery.  65% of reporting entities for which we have numbers took longer than the 60-day window to report their breach.  It goes without saying that it is essential for organizations to be proactive when monitoring patient data.  The sooner a breach is detected, the quicker the healthcare organization can mitigate the risk of significant damage being done with their patient’s data.  The longer PHI is exposed, the more it can cost the healthcare organization and ultimately become troublesome for the patients.

24 states are represented in the 57 total data breach incidents affecting healthcare. Delaware and California both had nine incidents, which is the most reports of any state in November.  It should be noted that the numbers for California and Delaware are inflated because the analysis uses the state where the BA/vendor is located, not where the client is located.  Business Associates in both of these states were also responsible for a number of incidents reported this month.  There were two incidents in which a location was not indicated. 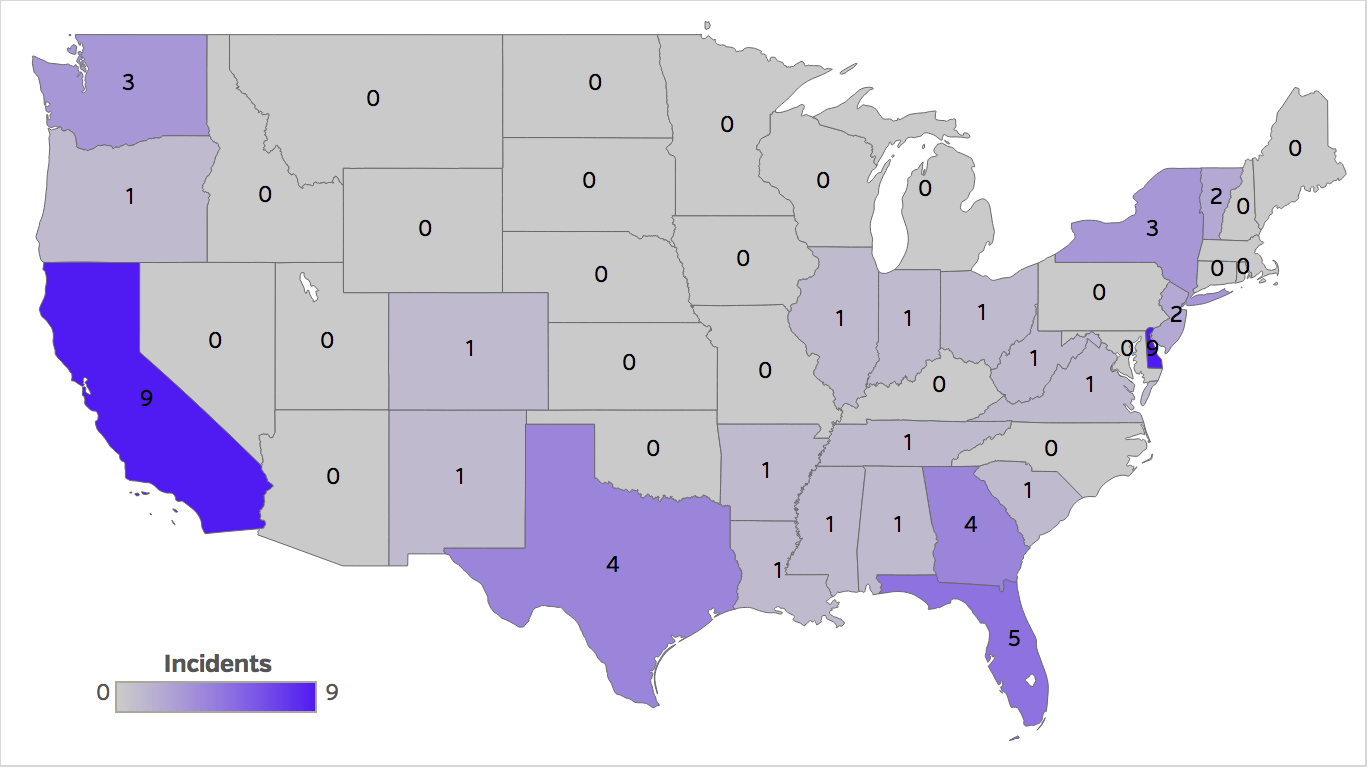 Sign-up to be to receive our monthly Breach Barometer report and our Year in Review to get the latest info on data breaches affecting healthcare.