by Kira Caban, Director of Communications, Protenus on April 13, 2017

After a relatively quiet start to the year, there has been an uptick in the number of health data breach incidents and a drastic increase in the number of breached patient records this month, with almost 700K patients breached in a single incident.  Also of note is that a recent report found that academic medical centers are substantially more likely to be breached than other health systems.  These findings reinforce the need for academic health systems to pay particular attention to how they are protecting their patient data and what proactive measures they have put in place to thwart these threats. 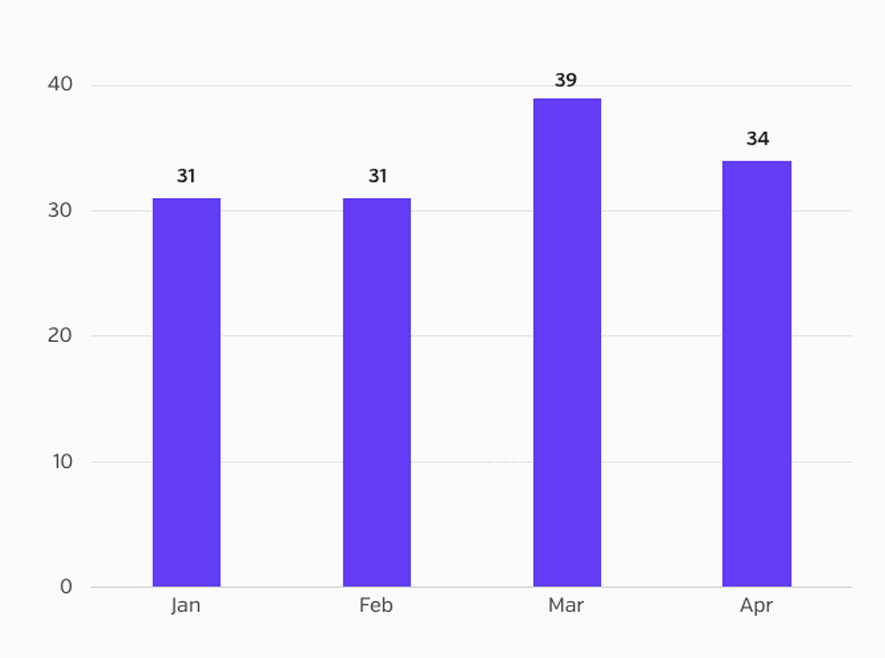 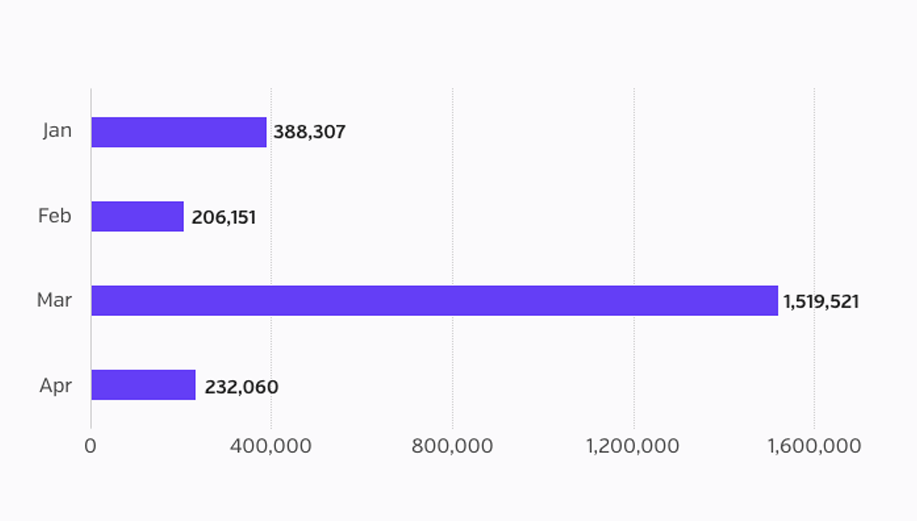 Healthcare continues to see insiders as a very real problem when it comes to truly protecting patient data.  A recent study found that only 28% of hospital employees demonstrated the necessary awareness to prevent incidents that could lead to exposure of PHI and personal data.  Insiders were responsible for 44% of March’s total breach incidents (17 incidents), affecting 179,381 patient records.  Ten of the reported insider incidents were the result of insider-error.  For the insider-error incidents for which we have numbers, 14,219 patient records were affected.  Seven of the reported incidents were the result of insider-wrongdoing.  We have numbers for five of these incidents, which affected 165,162 patient records.

As we have seen in months prior to February, hacking accounted for a significant percentage of records and incidents (11 incidents accounted for 28% of total incidents). The hacking incidents reported this month affected 600,270 patient records.

It’s important to note that theft of patient records was reported as being responsible for  737,131 patient records affected by breaches. That would appear to be an alarming increase from February in which only 10,107 patients records were stolen or went missing, but for the fact that we have one report with almost 700,000 records for which we have no details and no confirmation of actual theft. 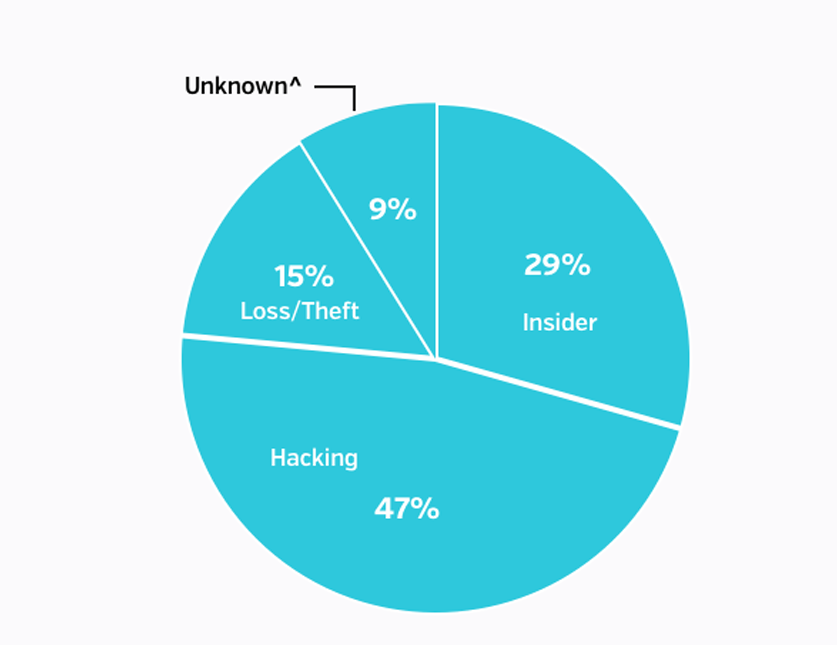 So far in 2017, third-party breaches have represented a substantial portion of total breached patient records, 82% in January and 21% in February.  However, in March third-parties were only responsible for 3% (one incident) of total breached patient records.It should be noted that there could be more incidents involving third-parties but there was not enough information for a number of incidents to make that determination.

Over the past few months, we have reported that it has taken several months or years for a healthcare system to discover and report a health data breach to HHS.  In March, there has been a substantial shift in the amount of time it has taken healthcare organizations to discover and report when they’ve had a breach.  Almost all of the breaches for which we have the appropriate data reported their health data breach to HHS within the required 60-day window.  It should also be noted that HHS OCR has recently started fining entities for not reporting a health data breach within the required time frame.  It leads one to ask - have recent OCR fines led to an increase in diligent and prompt reporting of health data breaches?

Of the incidents reported in March for which we have data, it took an average of 45 days from the time the breach was discovered to when it was reported to HHS.  This is a drastic improvement from the 478 days it took HHS to be notified of breaches reported in February.  There were two incidents in which it took almost three years (1,087 and 1,088 days respectively) for the organizations to discover a breach had even occurred.  One of these incidents was the result of insider-wrongdoing and resulted in the termination of several hospital employees.  This serves as reminder that employee training and proactive privacy monitoring are crucial in detecting suspicious activity within the EHR to mitigate and reduce the length someone has inappropriate access to patient medical records. 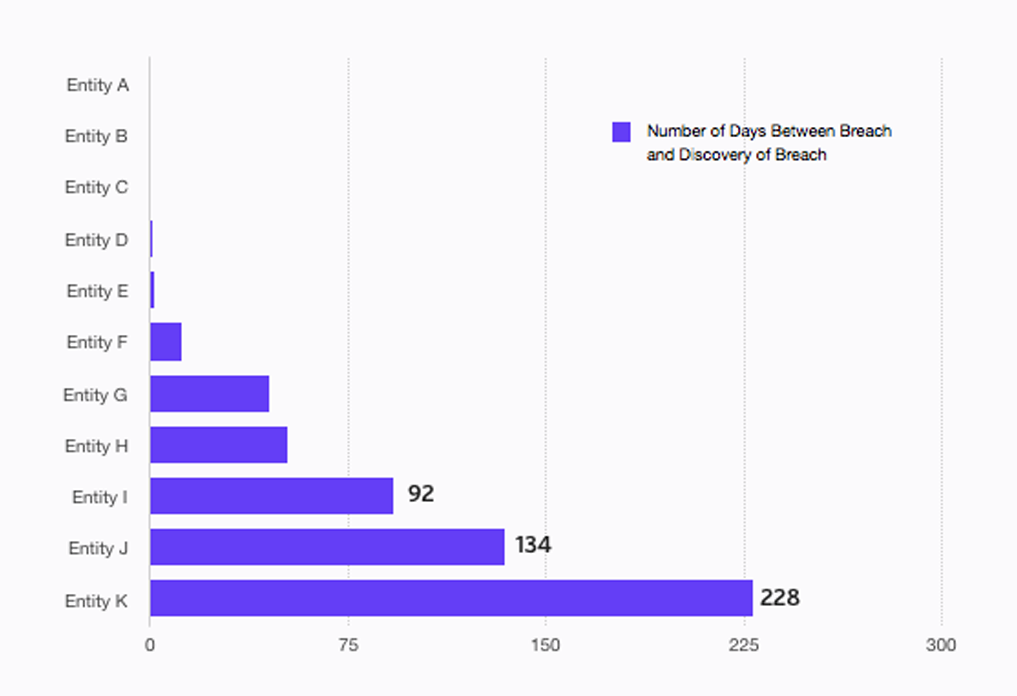 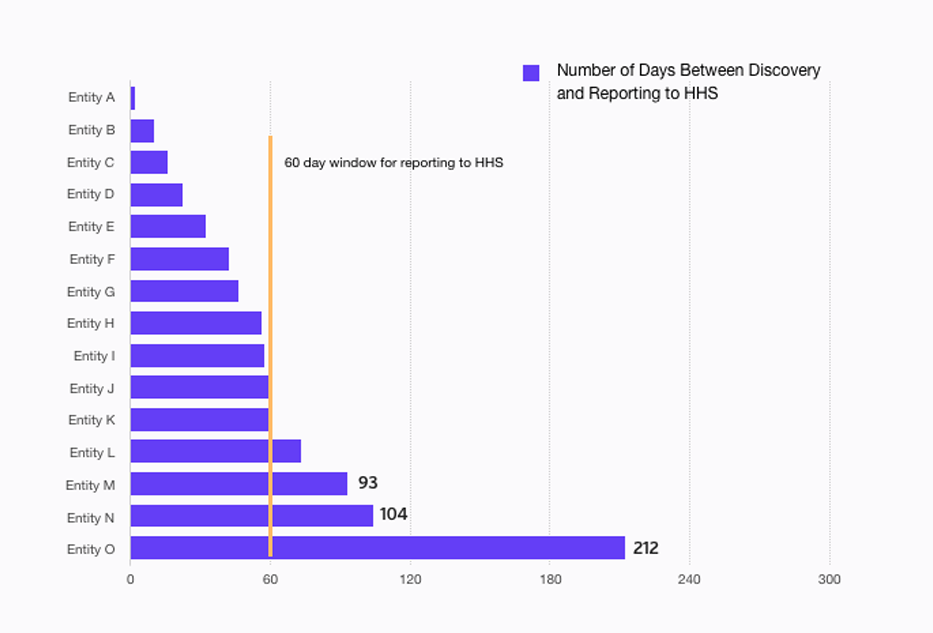